If you’re a fan of dance styles, you might already be doing some of today’s popular dance steps such as Cut the Check, Church Bells, or Out West.

These dance crazes are good, but imagine if you brought back an old-time dance from the 1920s? Your friends might think that you’ve invented something new, but only you would know the secret!

Whether you want to try making some old dances new again, or you are just interested in the type of dancing that your ancestors did, you’ve come to the right place!

What Dances Were Popular in the 1920s?

Every generation wants to break the norms of their time. No one wants to be like their parents, right? Young people in the 1920s felt the same way. These young people would head over to what we would call clubs or nightclubs, which were called speakeasies back then.

They would smoke and drink and dance the night away to live music. They’d do the Charleston, fox trot, shimmy, and hop to do the Black Bottom, to name just a few of the popular 1920s dance moves. Remember that during this time, Prohibition was in effect. This means that liquor was outlawed, but this very unpopular law caused people to make their own liquor and sell the excess to nightclubs.

Young women during this period called themselves Flappers, and although society judged them harshly and considered these nighttime activities “indecent”, Flappers saw themselves as free spirits, if you will.

They created a new society where women were free to do whatever made them happy, including indulgence in bootleg liquor and dancing with virtual strangers.

Let’s look more closely at some of the popular dances of the 1920s.

7 Most Popular Dances in the Jazz Age

By far, this was the most popular dance of the roaring twenties. While the original Charleston was done by Harlem dancers, once the dance was seen in the Broadway play “Running Wild”, it seemed as though everyone wanted to do the Charleston with accompanying jazz music. 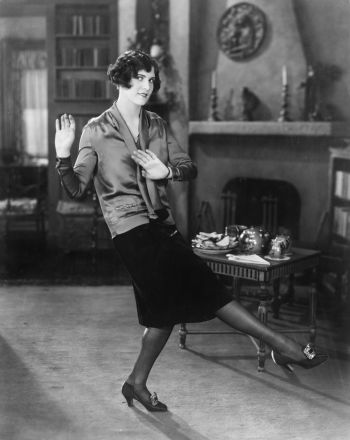 One of the things that made this dance so popular was that it could be done by couples or alone. The Charleston craze began in 1923 but remained popular for decades afterward.

Over the next two decades, Charleston variations exploded across the country. Dance marathons, where couples tried to win prizes for dancing the longest, often used the energetic Charleston to weed out the losers.

Like many dance hits, this one originated in African-American dance halls but quickly moved to mainstream cultures. Similar to the Charleston, the Black Bottom was performed by Ann Pennington and Tom Patricola in a Broadway musical, causing it to be copied in Harlem’s savoy ballroom and later on other dance floors.

For a short time, the Black Bottom became even more popular than the Charleston.

What made this dance so popular?

It came with its own instructions! “Hop down front then doodle back / Mooch to your left then mooch to the right / Hands on your hips and do the mess around / Break a leg until you’re near the ground.”

While some of this is slang that doesn’t have much meaning to us now, in the roaring 20s, everyone knew what this meant!

Considered to be the most indecent dance of this time period, many dance teachers refused to show how this dance was performed! By today’s standards, the Shimmy dance moves are very tame.

Numerous dance teachers refused to teach this one, even though it can be learned within a couple of minutes. Perhaps it’s because this dance has roots that go back to the “Haitian VooDoo”.

This incredibly popular dance actually got its name from a dancer named Gilda Gray. When asked what dance she thought was the most interesting, she said, “I’m just shaking my chemise.” Gray’s Polish accent made “chemise” sound like “shimmy”, and the Dancing Times reported the new dance craze, the Shimmy.

Like bootleg liquor, making this dance illegal simply made people want to do it even more! The Shimmy was thought to be indecent because it brought attention to the breasts, hips, and groin area. See the Shimmy for yourself.

As the name suggests, this dance started in South America in the late 1800s. It started showing up at Carnivals around the US. Most Brazilian music and musicians were unheard of in North America, but once the Samba became popular in Paris, it seemed as if everyone in America wanted to learn the Samba.

The sensual dance moves of the Samba made it a dance revolution that would later lead to other types of music and dances, including the Blues and the Bossa Nova. 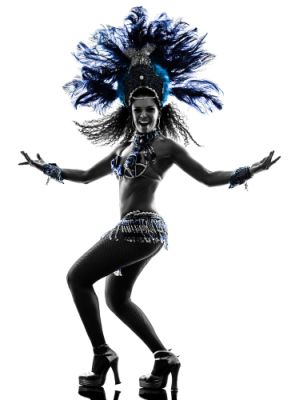 This dance with the funny name would be the forerunner of what would become swing dancing. The African American Texas Tommy was being danced as early as 1910. Popular dancer Ethyl Williams performed the Texas Tommy at a “respectable” hotel, and she took the dance with her to New York City.

The Texas Tommy was so popular that a version of it was used in the famous “Ziegfeld Follies” on Broadway. This dance would become the Lindy Hop of the 1930s and the basis for the swing dancing craze of the 1940s. 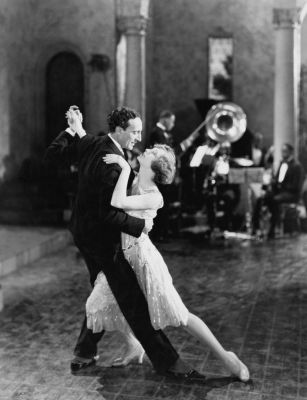 While many young people today think that the Fox Trot is something that “old” people dance to, that wasn’t the case in the 1920s.

A man named Harry Fox was hired to dance for a Vaudeville show. Fox and his female solo dancers did a trotted ragtime version of this dance, which had everyone talking.

People began doing their own variations of Harry Fox’s original dance and before long, everyone was doing the Fox Trot. The Fox Trot escaped the fate of many other dances in that it is still taught and performed today, while dances like the Black Bottom have fallen out of favor.

You probably recognize this dance even today, but in the 1920s, the Tango was considered to be scandalous because couples’ bodies touched full-length. The Tango arrived from Argentina to Europe somewhere about 1910, but it was considered too risque to perform on a public dance floor and was often done in private settings. While the Tango lacks the bounce and exuberance of other dances, this classic has endured the test of time.

While the spotlight of the 1920s focused on dancing, the main arena that received all the attention was located in New York City. Harlem, in particular, attracted a great deal of attention for its late-night parties and different dance crazes.

Which Was the Most Famous Dance of the Roaring Twenties?

Hands down, if you could only choose one dance to represent an era, it would have to be the Charleston.

The 1920s was a paradox and confusing time in American history. The Wall Street Crash had not yet happened and people were becoming millionaires almost overnight by selling bootleg liquor.

Young women rejected the typical stereotype that said they offered no choice but to be mothers, good wives, nurses, or teachers. These young people changed their fashion from ballooning, floor-length skirts, corsets, high-necked dresses, and long sleeves. They wanted the freedom to move and dance. By changing their wardrobe, Flappers, as these young women were called, were able to do more complex and risque dance moves.

America was recovering and coming to grips with the terrible death toll from World War I. Society wanted to celebrate, yet honor the loss of their soldiers. Many found both through drinking, smoking, dancing, and socializing with others.

The Charleston craze gave America something else to focus on besides the death toll. There were always new dance moves to learn, and actual social dancing became commonplace, instead of something reserved for formal events, like weddings.

The Charleston wasn’t easy to do, but anxious dance teachers hoped that students would continue to want to learn the Charleston since it was less shocking than the Shimmy or the Tango.

Flappers might have been considered to be loose women, but they actually changed cultural norms. No longer did women need to stay home while their husbands or boyfriends sought entertainment. They were not restricted to tight, concealing garments. They could drink and smoke if they wished and danced with whomever they pleased, not only the men their parents thought were respectable.

While the stock market crash and the Great Depression would hit by the end of the decade, social mores and dance evolved past the point of no return. Never again would women be forced to wear corsets. American music had changed forever, and the new fad of public dancing – the Charleston, foxtrot, tango, shimmy, and the samba – would go on. 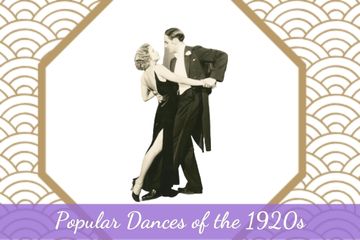