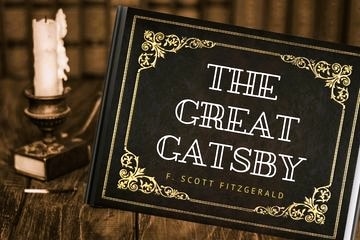 If you’ve ever watched a movie or read a book that kept you on the edge of your seat, only to discover that the entire story was merely a dream, then you might be asking yourself the same thing about the novel The Great Gatsby.

Was Gatsby dreaming in this novel? Or was The Great Gatsby a lie?

F. Scott Fitzgerald’s novel is rich with history and set in the 1920s, a time of upheaval, also known as the flappers era. Yes, the story revolves around Gatsby’s dreams and pretenses, but it’s also as real as every American’s aspirations and struggles.

What Is the Truth about Jay Gatsby?

This novel is a work of fiction, so the main characters who are in it, including Nick, Daisy, and Tom, are not real, although they are based on living people.

For instance, the main character, Jay Gatsby, was based partly on Fitzgerald himself, but mostly based on his friend Max Gerlach.

Gerlach was an officer in the American forces during World War I. He became a bootlegger who often called other gentlemen “old sport,” as did Gatsby. Unlike Jay Gatsby, Gerlach was not murdered.

Despite the rumors, lies, and half-truths that others in the book say about Gatsby, some things were true, or at least partially true. 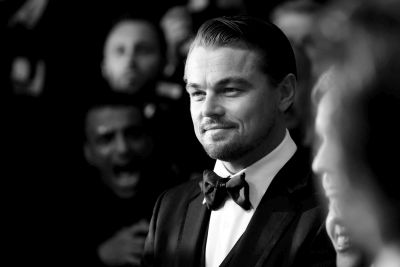 However, he wasn’t born rich as he told Nick. Gatsby was born to poor farmers, but he never felt like he belonged to that class of people. As Gatsby’s father says, “He had a big future before him, you know. He was only a young man, but he had a lot of brainpower here.”

It was also true that Gatsby was a war hero of some sort since he had a medal from Montenegro. It was also a fact that he attended Oxford college. Even if it was only a few months, Gatsby never said he graduated, only that he attended the college, which he did.

Is Gatsby a Lie or a Dream?

While the book doesn’t speak of the story being a dream, the truth is that Gatsby himself is driven by his dreams.

Gatsby dreams of being incredibly wealthy and living a beautiful life with the love of his life, Daisy.

It’s even questionable whether Daisy ever truly loved Gatsby. If she did, it’s difficult to understand why she doesn’t attend Gatsby’s funeral or even send flowers or words of condolences.

Perhaps the biggest lie is that Gatsby’s name isn’t even his own. He made it up, just as he made up his fantasy life of living with Daisy.

Is Jay Gatsby Honest or Dishonest?

Gatsby has the capacity to be both, with more inclination to be dishonest than honest.

It’s interesting to note that Nick says he doesn’t like dishonest people, but he appears to be attracted to them throughout the book.

Nick grows very fond of Gatsby, even though Gatsby didn’t always tell him the whole truth.

Fitzgerald writes that when Nick asks which midwestern state or town Gatsby comes from, he replies “San Francisco.”

Gatsby also tells Nick that his family was rich, and that they were all dead except for him. Neither of these things is true.

Gatsby does explain to Nick later in the book how he met Daisy Buchanan, how he earned his money, and where he learned to act the part of an upper-class gentleman.

Jay Gatsby does not monopolize lying and being dishonest in this novel. As you will notice, lying and dishonesty seem to be the rule rather than the exception.

Is Daisy Buchanan Honest or Dishonest?

Like her lover Gatsby, Daisy herself is frequently dishonest, especially with herself.

After she starts her affair with Gatsby, in Chapter 7, Daisy kisses Gatsby when her husband leaves the room saying, “I don’t care!” However, she must care, or she would have kissed him in front of her Tom.

Later in Chapter 7, Daisy, Tom, and Gatsby have their big disagreement. Gatsby tries to get Daisy to tell Tom that she never loved him, which is something Daisy probably told Gatsby during their moments of passion.

She quietly and not confidently says, “I never loved him”, but then takes it all back and says that she loves both Tom and Gatsby.

In the 1920s, becoming a divorced woman was a shameful thing, and it’s possible that Daisy feared the consequences of a divorce, even though she may have truly loved Gatsby.

Whether Daisy Buchanan loved one of both men in her life isn’t clear. What’s clear is that Daisy lies not only to herself but to the men she claims she loves.

Who Is More Honest, Nick or Gatsby?

Generally speaking, it appears that Nick is the most honest person in the novel The Great Gatsby. 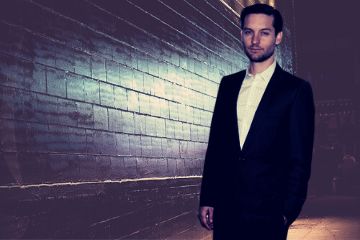 In Chapter 3, Nick declares, “I am one of the few honest people that I have ever known.” However, later in the book, Jordan Baker claims that this idea is a lie.

It’s hard to say how Jordan Baker would know that Nick was dishonest, as they don’t really have much of a relationship.

We also don’t have anyone in this novel who knows Nick and can tell the reader if Nick is being truthful.

Nick is the narrator of the book, so we’re seeing the people from Nick’s viewpoint. Without proof otherwise, we can only believe that he is an honest character.

Perhaps it could be said that Nick was dishonest in the form of omission, in that he eventually knew all about Gatsby and yet didn’t tell anyone. He also condoned his cousin’s affair with Gatsby, even helping them carry out their clandestine meetings.

Nick doesn’t even tell Tom that it was Daisy who was driving the car that fateful night. Lying by omission is considered by many to be dishonest.

Gatsby, however, is shown to be a liar in many areas. Even his extravagant parties could be considered a lie or a ruse since he really had no interest in meeting the people who came from New York. He only gave these parties in hopes that Daisy would attend.

You can say that the Great Gatsby – the man – is both a lie and a dream.

Jay Gatsby dreams of living in his mansion with all his wealth and having Daisy by his side. He lies about his life, his family, and his name, including how he amassed wealth.

The same could also be said about other characters in the novel who lie about their actions or dreams about life. 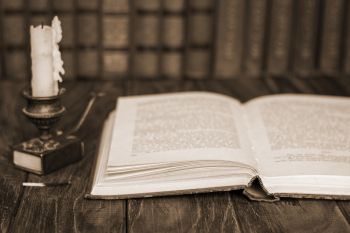 However, it’s not quite correct to say that The Great Gatsby – the novel – is a lie or a dream. It’s a work of fiction and so is not factual or real-life, but it is based on real people and real conditions at the time, drawing a parallel with how people were obsessed with the American Dream.

As what reviews say about The Great Gatsby – it could be the truest lie ever told because it spoke of the truth about people’s aspirations and pains during those times.

The American Dream Remains a Dream

Gatsby never stops fighting for his dream, even when it’s apparent that Daisy wasn’t going to leave Tom. In fact, this unrelenting fight is what kills Gatsby in the end. Had he listened to Nick and gotten out of town, George would probably never have found him and killed him.

Tom’s dream was to stay wealthy, stay married to Daisy, continue to have his little affairs, and not pay any consequences for his actions.

While Tom’s dream will come true in part, he’s already paid some heavy consequences in the way of Myrtle’s death and the need to leave town to avoid the messy situation of Gatsby’s death.

Even Nick loses his dreams of living and working in New York City. The city’s luster fades in his eyes, and he returns to the Midwest.

The American Dream comes at some cost, and in F. Scott Fitzgerald’s novel, his final thoughts seem to say, “You can dream all you want, but you can’t have it all.” 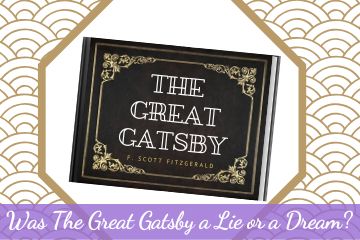 Was The Great Gatsby a Lie or a Dream?
In the Great Gatsby, we learn that many of the characters tell lies, not only about themselves but also about Gatsby. Was Gatsby’s life a lie or just a dream?
Gatsby Girl
Gatsby Flapper Girl