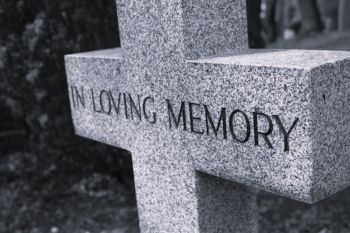 Gatsby’s parties were infamous, and he spared no expense.

It seemed as though nearly everyone in West Egg, possibly even in New York, had heard about Gatsby’s parties and knew his name, at least.

So when Jay Gatsby was gunned down by George Wilson, who attended Gatsby’s funeral?

F. Scott Fitzgerald’s novel spells out Gatsby’s tragic end, but what does it say about society and people’s values and views during that time?

Who Comes to Gatsby’s Funeral and Why Is This Significant?

The sad truth is that less than a dozen people attended Gatsby’s funeral.

There were only a few people who bothered to attend, including Nick, Owl Eyes, the West Egg postman, a few servants, and Gatsby’s father, Henry Gatz. 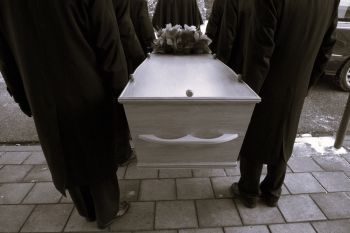 Nick considered Gatsby to be a great man. He had respect for Gatsby and believed that, at the very least, the man deserved to be mourned by many. After all, party guests were not in any short supply, so Nick believed that he could convince many to attend Gatsby’s funeral.

This is significant because Fitzgerald seemed to believe that the very rich had a responsibility to behave decently, but they failed in every aspect.

Why Did Nick Take Care of Gatsby’s Funeral?

After Gatsby’s death, the house was filled with newspaper and gossip magazine reporters. Nick realized that no one was going to organize Gatsby’s funeral if he didn’t do it.

Nick does try to convince people to attend.

When Nick tells Tom of Gatsby’s death, Nick refused to shake Tom’s hand, especially after Tom tells Nick that he was the one who told George that Gatsby was responsible for Myrtle’s death.

Nick believed that Daisy, at the very least, would send flowers, but Tom and Daisy leave town for an unknown destination.

After trying to convince past party guests, Meyer Wolfsheim, and other friends of Gatsby to attend his funeral, Nick gives up. He throws out the reporters and, along with Gatsby’s father Henry Gatz, mourns the Great Gatsby.

“Who attended Gatsby’s funeral” is easier to answer than to mention all the people who didn’t. 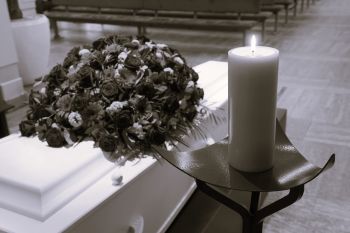 However, among the people who failed to attend the funeral are:

While hundreds or perhaps thousands of people had attended Gatsby’s lavish parties, almost no one wanted to attend the funeral.

Henry Gatz, Gatsby’s father, even shows Nick a book Gatsby had owned as a young man, filled with notes about self-improvement and dreams.

While the Great Gatsby may have seen many of his dreams realized, his relationship with others must have been shallow ones since so few people were willing to attend his funeral.

Meyer Wolfsheim, the ultimate creep who spent a great deal of time and seemed to have a close relationship with Gatsby, doesn’t send a card or flowers, let alone show up for the funeral.

Wolfsheim, who had previously told Nick how he had met Gatsby and made him a rich man, explained that he was “too old to get mixed up in all that.”

By this, Wolfsheim meant that he was afraid that, if he attended Gatsby’s funeral, his illegal business practices might be exposed by those investigating Gatsby’s death.

Daisy, who claimed to love and respect Gatsby, didn’t even send a single flower to the funeral. 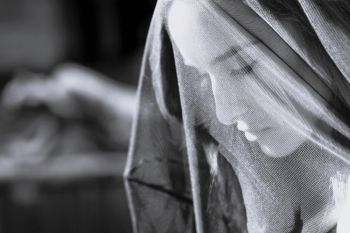 At first, Nick is certain that this is because Daisy doesn’t know about Gatsby’s death. However, he later becomes convinced that Tom and Daisy both were selfish people with no true concern for anyone except themselves.

Jay Gatsby went through a tremendous metamorphosis to gain Daisy’s love and live the happily-ever-after American Dream. Sad to say, Daisy was either too selfish or too afraid to even be bothered to attend the funeral of the man she said she loved.

Some say that Daisy was afraid of Tom, and others say that Tom kept the story about Gatsby’s death from her, but the book is fairly clear that both Tom and Daisy didn’t want to be bothered with what they probably considered to be a messy affair.

Klipspringer virtually lived at Gatsby’s mansion. Whether he had any money of his own, the book doesn’t say, but Klipspringer certainly enjoyed Gatsby’s money, Gatsby’s parties, and his American dream.

While Klipspringer may have felt respect for Gatsby, the moment he learns of Gatsby’s death, he vanishes from the house.

The book does not say exactly why Klipspringer chose that moment to disappear and not attend Gatsby’s funeral, but it does anger Nick.

Nick calls to see if Klipspringer will attend Gatsby’s funeral, but he only laments that he left his tennis shoes in his rush to leave and asks Nick to send them to his house.

Nick angrily hangs up on him. 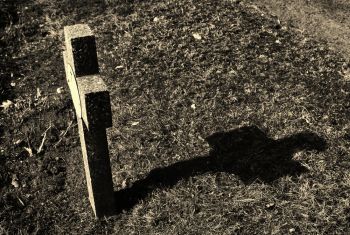 Nick’s judgments on the characters in the Great Gatsby come from his own mid-western values. Only Gatsby appears to be immune from his harsh judgments.

F. Scott Fitzgerald did not hold the rich- whether new money or old money- in high esteem, so it’s no wonder that the book ends on such a sour note, exposing those with money as having lots of cash but not much class. 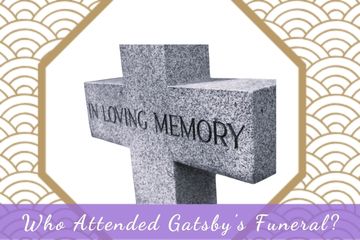 Who Attended Gatsby's Funeral?
Who actually attended Gatsby’s funeral? Perhaps who didn’t attend would be more important than who did? Why didn't these people show up?
Gatsby Girl
Gatsby Flapper Girl