The 1920s are known for many things – two of which go hand in hand. Yes, speakeasies and prohibition have a lot in common. The former were underground (as in illegal and hidden) bars and taverns that popped up throughout the decade. The latter was a law that banned the sale of alcohol.

Without Prohibition, there would never have been any speakeasies. Also known as the Volstead Act, the 18th Amendment to the U.S. Constitution prohibited people from possessing and brewing alcohol. There were a few religious exemptions made, as Catholic churches could still use wine during mass. However, the average person had to go underground if they wanted alcohol.

How did all of this come about?

Well, for years the religious right wanted to ban alcohol, believing that nothing good ever came from it. By 1919, they won when residents of 36 different states voted in favor of the Volstead Act. That’s how many were required to make it an official amendment.

Then-President Woodrow Wilson tried to veto the act, as he believed it was a bad idea. However, Congress overrode his veto and the law was finalized. As of January 17, 1920, alcohol was banned.

As you can imagine, citizens of the country reacted very strongly to the law. Barrels of liquor were smashed in the streets. Companies that brewed beer destroyed their products. Some started making things like soda pop and fountain drinks – fizzy water – instead, just to stay in business.

But, for as many people who destroyed their personal stashes, there were just as many who hid their bottles underground so that they could still enjoy their favorite drinks. Although the creation of alcohol was illegal (as were transporting liquor, and the sale of alcohol, of course) drinking it was not a crime in most states. It was frowned upon though.

To cope with the laws, those who still wanted to drink made their own stills. Mafia leaders like Al Capone rose to power as they created networks of illegal alcohol trafficking. Even NASCAR racing as we know it today started during this time period because people tricked out their cars with fast engines to transport liquor and evade the police.

The Rise of Speakeasies 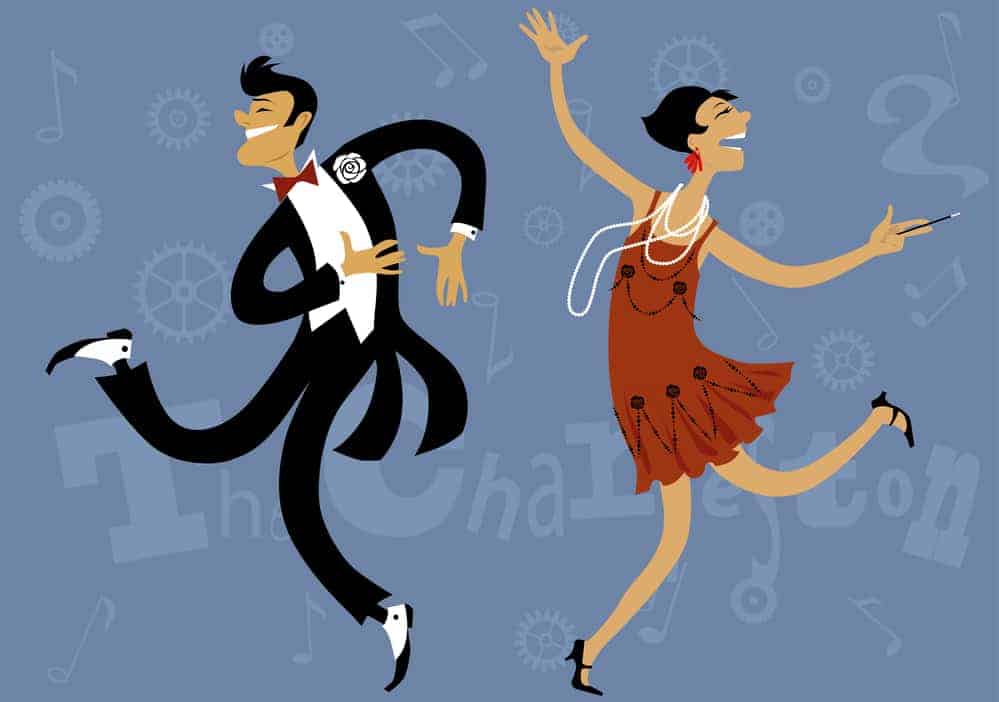 Although many people drank their illegal stashes of beer and spirits at home, some people preferred the social activity of drinking. As a result, they opened up speakeasies. These hidden taverns that get their name from how people spoke about them – quietly, “speakeasy” and secretly – became places that bustled with fun activities.

Women received the right to vote shortly after the Volstead Act became law, and wanted to express themselves and their newly gained freedoms. They headed to speakeasies as night, where they could drink moonshine and dance the hours away. Many smoked cigarettes and listened to jazz music in these early nightclubs.

Click Here to Check Out My Article on Flapper Girl Outfits!

It wasn’t unusual for a speakeasy to have just as female patrons as male ones. Since everyone there was a “sinner” of sorts, women didn’t have to watch their manners. They could loosen up and have plenty of fun, carousing with men and drinking their cocktails of choice while dancing to the Charleston and kicking up their heels. Yes, they were flappers.

The women who frequented speakeasies weren’t the proper ladies that society expected them to be. Instead, they were much closer to their modern-day counterparts, full of feminist thoughts and the freedom to express themselves. They no longer had to hide their beliefs in equality or their sexuality. Flappers were truly the predecessors of modern women.

With that said, speakeasies weren’t entirely without their problems. They were subject to raids by members of law enforcement. Police, as well as members of the FBI, depending on the speakeasy’s location, would bust in and dismantle these hidden taverns.

Although it wasn’t illegal to drink alcohol, people still couldn’t possess it. Anyone with a drink in their hands would get arrested. This was very unbecoming for the flappers who tended to hide their wild sides as best they could when out in public.

On top of issues with members of law enforcement, there were gangsters. Al Capone, Lucky Luciano, and others from La Cosa Nostra – also known as the mafia – controlled the flow of illegal liquor. They fought amongst themselves for territory in places like Chicago, Boston, and New York City. It wasn’t unusual for gunfights to break out resulting in multiple deaths.

Click Here To Check Out My Article on Great Gatsby Outfits for Men!

To stay in operation, the owners of speakeasies had to play nice with the mafia. Pledging one’s loyalty often meant paying gang members in cash to stay on their good sides. This was done on top of buying the alcohol that they managed to procure and offer to the underground bars. Their violent deeds appeared in newspaper headlines around the country.

The End of Prohibition

By the end of the 1920s, it became clear that Prohibition was more trouble than it was worth. Loose morals, the very thing that the Volstead Act tried to prevent, managed to prevail. Violent gangsters rose to the top, controlling more and more territory, not afraid to kill their rivals.

The biggest blow of all was the stock market crash of 1929. The government, already in trouble due to the lost tax revenue from alcohol, had to come up with something to appease the citizens. Between the violence and now the loss of banks, it was clear that Prohibition was a bad idea.

In 1933, President Franklin D. Roosevelt repealed the 18th Amendment and signed the 21st into law. Prohibition was officially over, and so were speakeasies. Women, as well as men, could go to regular bars and taverns again. There was no need to hide their activities. Many men found jobs in breweries, thus making the Great Depression a little less bleak. Women retained the right to vote, as well as their newfound freedom in feminism.

Why were speakeasies important in the 1920s?

Speakeasies were social gathering places for people who wanted to drink then-illegal liquor. They played a large part in the culture of the time, and are notable for places where women could gain some independence. Also, speakeasies are partially responsible for the rise in the popularity of jazz music.

Did flappers go to speakeasies?

Yes, flappers congregated at speakeasies. The culture in them allowed flappers to behave like independent and modern women.

Yes, they were illegal during the 1920s, because they sold alcohol, which was also illegal at the time thanks to the Volstead Act. 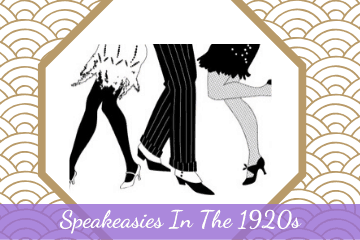