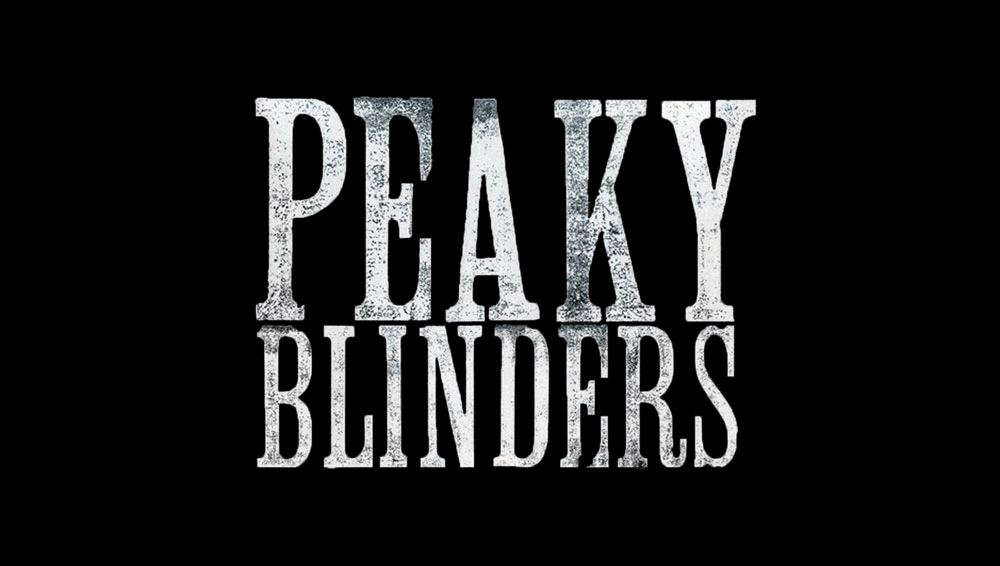 The hit BBC TV show Peaky Blinders has gripped audiences with thrilling crime and drama, but were the Peaky Blinders a real group? And what about Thomas Shelby’s violent, chaotic, and quite frankly, problematic rise to extreme power?

To answer the main question, yes! The Peaky Blinders were a real gang that operated in Birmingham, England, in the 19th century that became very famous and powerful fairly quickly.

The real Peaky Blinders did have turf wars with the Birmingham Boys and commit crimes, but not all parts of the TV show are real.

In the show, the time period for the show is post world war I, in the 20s and 30s, but in reality, this gang held most of its power in the 1890s and 1900s, before the world war. They were overpowered and dissipated by the 20s.

The Peaky Blinders members were called all kinds of things, but the name Peaky Blinders really stuck and was used to describe gangs of young men in Birmingham for decades after the original Peaky Blinders dissolved. The Peaky Blinders were middle to lower class citizens and contrary to many stories, some of them had real, not crime-y jobs, but some did not. Their criminal rap-sheet includes theft, murder, fraud, assault, bribery, extortion, and hijacking. (Just to name a few!)

In the show, they had a sort of classy, three-piece suit “uniform” that all the Shelby’s wore, which is fairly historically accurate to what the real Peaky Blinders wore. The outfits worn by the gang members, in reality, were fairly similar, and of course, included the iconic newsboy cap. Some stories say that they used to sew razor blades into the rims of their caps to quickly blind people, but more on that later.

So, if the Peaky Blinders were a real gang, what about the characters?

Who Was the Real Tommy Shelby? 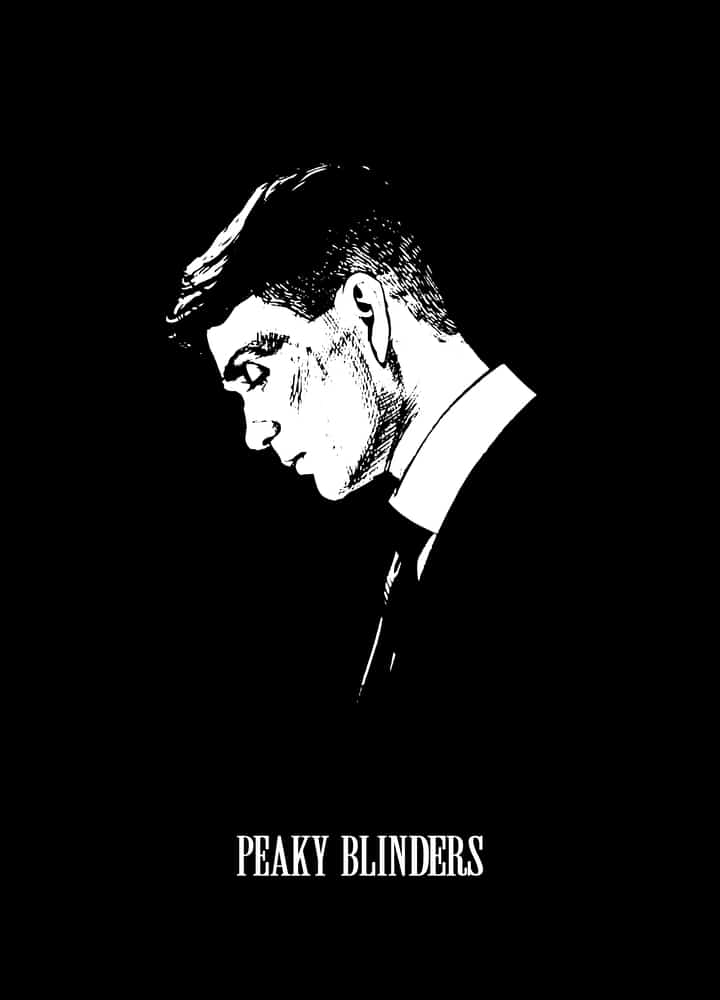 Even though this gang of violent, angry boys was real, the main character from the show never existed! Tommy Shelby and the Shelby crime family were created for the show and never actually lived or did any of the wild things from the show.

The real Tommy Shelby, or a man who could be considered similar to him, would be a man named Thomas Gilbert, who changed his name to Kevin Mooney. Kevin Mooney is considered one of, if not the most, prominent Peaky Blinders members, thanks to his high standing in the gang. There wasn’t a real hierarchy, but Mooney became the nominal boss of the gang.

Mooney was the one who organized land grab attacks and orchestrated territory fights on rival gangs to win land and grow the power they held. Mooney and the Peaky Blinders were not doing the kinds of high-class crime that Thomas Shelby and his family were committing. The young men of the gang were doing grubby and violent crime; robbing, mugging, racketeering, and assault.

A police record of a description of the lads describes them as “foul-mouthed young men who stalk the streets in drunken groups, insulting and mugging passers-by.”

There is a book written by Carl Chinn about the real Peaky Blinders and who the members were, which is widely regarded as a reliable source for information on this topic.

Were the Rival Gangs Real?

How about the Birmingham Boys led by Billy Kimber, the enemy of Shelby? Billy Kimber existed and was a real gang leader and a ruthless man. He once reportedly traveled to the state Arizona to kill a man who owed him money, then went to LA to hide, then Chicago where he was hidden from police by men from Al Capone’s gang! His daughter Maudie once said, “if you owed our dad money, you paid with your life.”

Kimber and the Birmingham gang was probably one of the biggest crime bosses in the United Kingdom at that time, and he controlled many racecourses. Some reports say that Kimber went missing, others say that he died in 1942 of an illness while in a nursing home. Either way, the man did what he wanted and no one really stood in his way.

Charles Sabini, another rival of both Kimber and Shelby was a real man, who ended up usurping Kimbers hold on Birmingham in the 20s and taking it for himself in the 30s.

Ownership of Birmingham was tossed around a lot, and so the citizens of Birmingham had a new group of angry men to be afraid of every 10 years or so.

How Did the Peaky Blinders Get Their Name?

Honestly, it’s kind of a weird name, and not really that threatening. Imagine getting threatened by a gang called the Peaky Blinders. You do something you shouldn’t have, and some guy in a funny cap and a nice suit says, “The Peaky Blinders are gonna come for ya!” and then one day you see a whole bunch snazzy, well dressed, model looking men strutting down the street, coming for you. (I’m sure they strutted since they took great care of their appearance and were generally described as not so hard on the eyes.) Maybe I’d be a little afraid of them when they came to get me, but not if I heard the name in a threatening tone.

But to the credit of the guy who named them, it stuck around for decades after they were gone.

There are many different stories about how they got their name, the most well-liked and popular story is the one where they kept razor blades in the rims of their newsboy caps so they could quickly blind someone with it.

Sadly, this (pretty cool sounding) story is most certainly false. Razors were considered a luxury item, and individual razors were not made widely accessible until around 1903, which was long after they got their name.

What is more likely, (and yes, a bit more boring,) is that the gang members’ hats came to a peak, and they used their hats to conceal their identity when they attacked their victims, getting the “blinders” part.

Another option is that they simply looked a bit peaky, but still very attractive. “Blinder” was a term used in the area and time to describe someone who was blindingly attractive, so the name could have come from this combination of features.

The most likely story is the peaked hats used to conceal their faces, but the razor blade one is pretty cool and would be pretty interesting if it could be proved factual.

How Historically Accurate is the Peaky Blinders?

Besides the time period, razors in the hats, and the Shelby crime family, Peaky Blinders is fairly historically accurate. The show does a great job of capturing the PTSD and trauma of returning from the war and shows historical Birmingham as it really was; brutal.

Despite the inaccuracies in the association with the Peaky Blinders who did roam the streets of Birmingham, the historical context is accurate and realistic. The show may not give historians a reason to jump up and down and clutch their pearls with joy. But for people who are interested in history and crime dramas, this show is perfect. 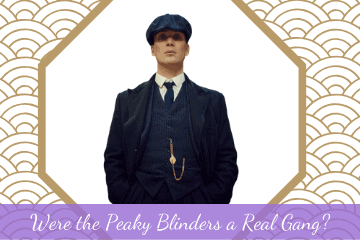 Were the Peaky Blinders a Real Gang?
Discover all facts about the real Peaky Blinders, were they a real gang? Did they actually put razors in their caps? How accurate is the mini-series?
Gatsby Girl
Gatsby Flapper Girl