What Does Myrtle Say About Daisy?

Myrtle and Daisy are two of the main characters in the novel The Great Gatsby. They are both unhappily married for different reasons.

What does Myrtle say about Daisy? Nick Carraway answers this in Chapter 2 when Myrtle jealously repeats Daisy’s name. She desperately wants to live in a place like East Egg outside of New York City. This ambitious dream is her guide as she becomes the mistress of Daisy’s husband Tom. 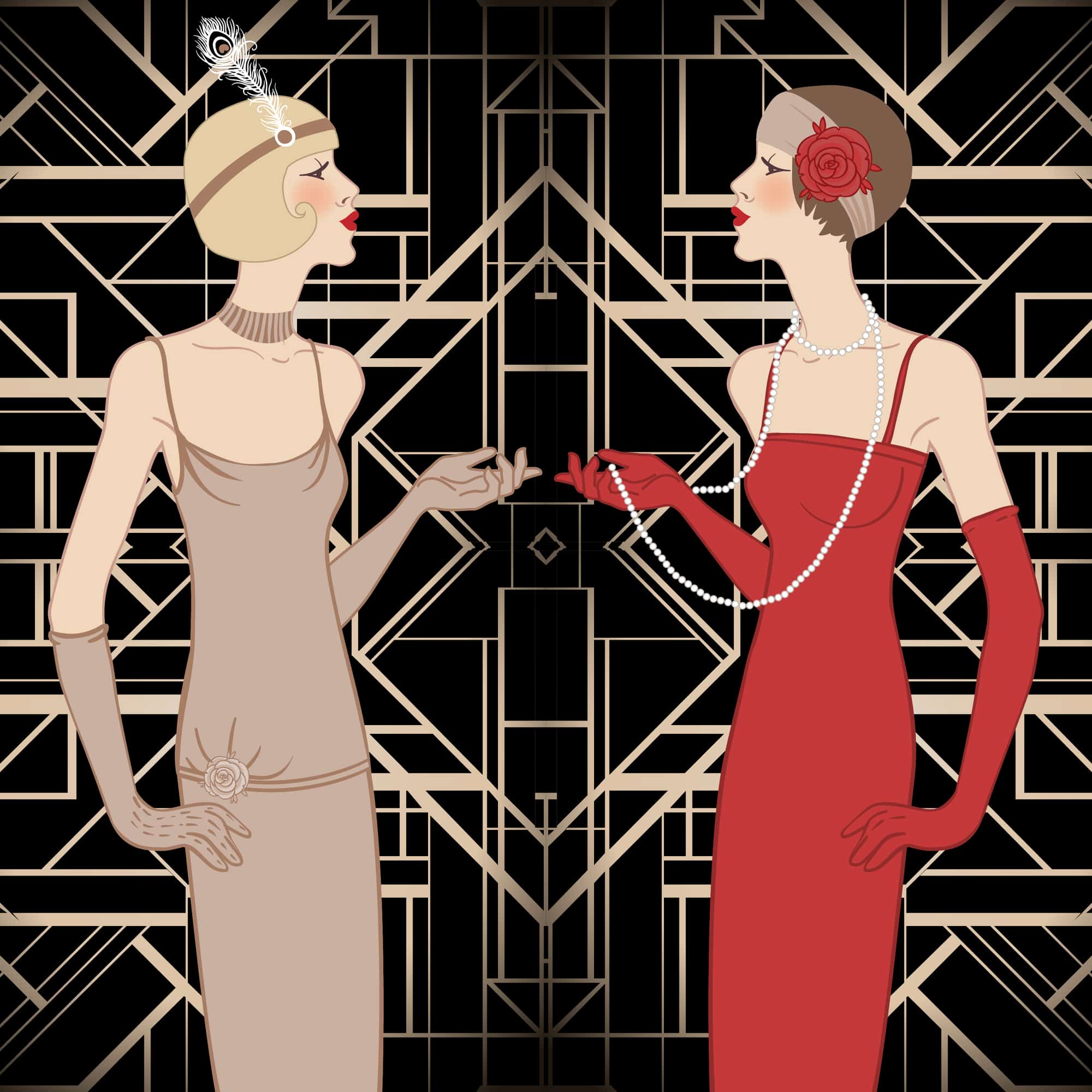 Myrtle Wilson in The Great Gatsby

Myrtle is a picture of vitality, a boisterous character where beauty meets strength. She is more interested in climbing up the social ladder than keeping a family. While at first, it looks like she wants stability, she later finds the terms of marriage not to her liking.

The Men in Myrtle Wilson’s Life

Nick paints Mrs Wilson as a discontented married woman. George Wilson struggles to make ends meet, while Myrtle does nothing to help. She sees Tom Buchanan as her key out of her dismal existence. It’s plain to see that she cheats on her husband right in front of his face. The two lovers are even comfortable being seen together in public. In Chapter 2, Nick gives away the first hint of the affair when Tom told Myrtle to follow him to the train.

According to Nick, Tom first warns Myrtle about mentioning Daisy’s name. She lashes back that she’ll say whatever she likes and begins chanting Daisy’s name. Tom eventually hits her hard on the face.

Mrs Wilson betrays her lower social class standing by her actions. She’s loud and desperate, far from Daisy’s quiet poise. She knows this but makes no effort to find ways to improve herself.

Is Myrtle Jealous of Daisy?

In The Great Gatsby, it’s plain to see that Myrtle envies Daisy. She covets Daisy’s home opposite of West Egg, her wealth, and position in society. She thinks of Tom as her ticket to her dreams. In Chapter 2, you can sense Myrtle’s burning jealousy after they take the train. She chants Daisy’s name and continues doing it despite Tom’s warning. In Chapter 7, Nick again describes how Myrtle’s eyes blaze as she stares hard at Jordan, whom she mistakes for Daisy.

Does Daisy Kill Myrtle on Purpose?

In Chapter 7, the reader sees Myrtle die, and it’s not an accident. All eyes are on Daisy, but the terms of the accident are fuzzy, according to Nick. It seems that it was Fitzgerald’s intention to leave the ending to the reader. A study of the book should include an analysis of the time that the story took place and how the people coped after a war and the new terms of the emerging culture. 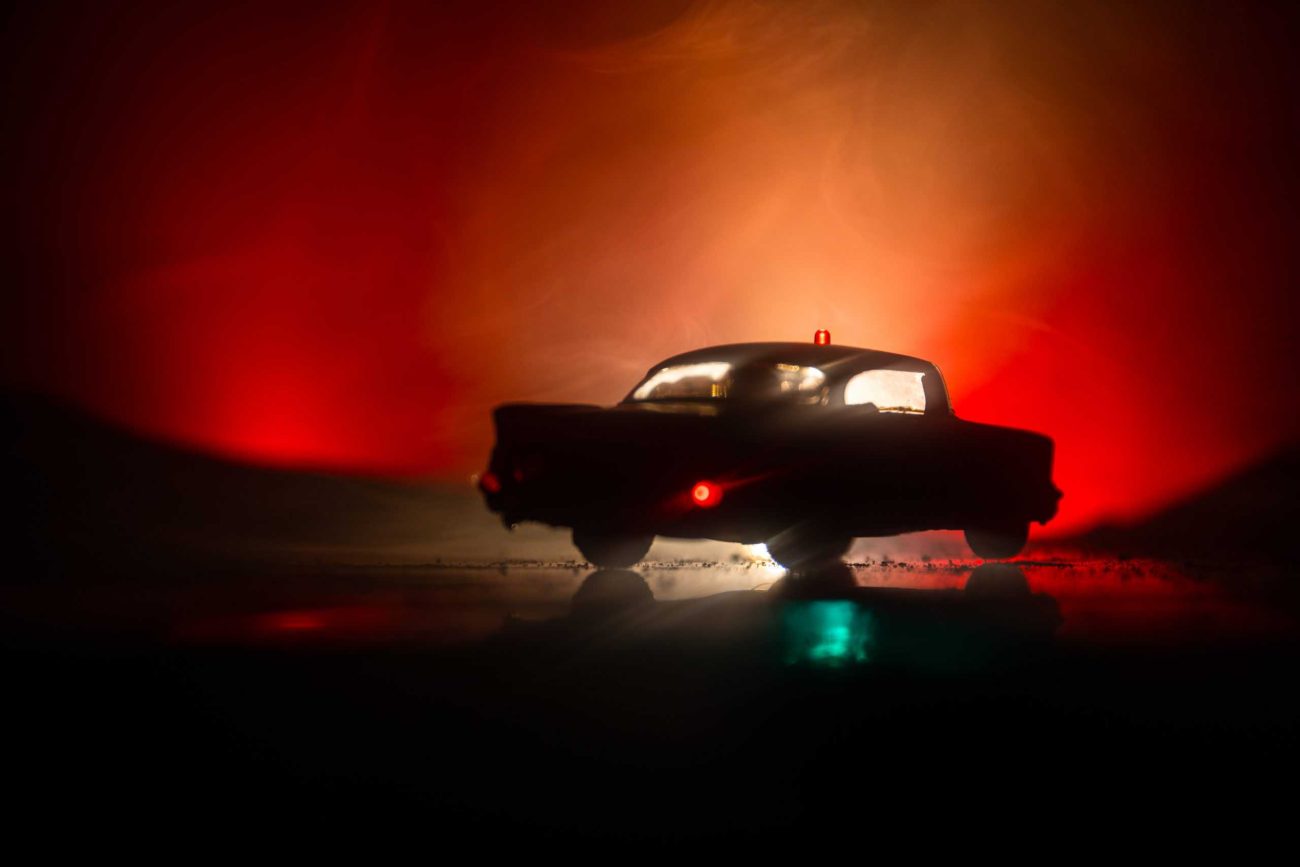 The Setting of The Great Gatsby

The novel was set in an era known for its sudden economic boom and flapper style. The characters represent people who lived in a time called the Jazz Age or the Roaring 20s. This is a thought-provoking novel and we should see and study it as such. In fact, it ends with the Buchanans’ marriage bond becoming stronger than at any point in the story.

How Is Daisy Different from Myrtle?

Daisy and Myrtle are a study in contrast.

Daisy comes from a wealthy and elite family and is the wife of an opulent man. They live in the old-rich East Egg side outside of New York City. On the other hand, Myrtle struggles to provide for her wants. It doesn’t help that she resides in a garage with her unsuccessful husband George. Daisy has a quiet elegance about her, while Myrtle is filled with vitality but can be loud and obnoxious.

How Does Fitzgerald Describe Myrtle Wilson?

Myrtle is in her middle thirties, stout but vibrant. Nick thinks that perhaps men are drawn to her because of her self-confidence and ability to carry herself well. She hates her hard fate but finds a way for things to work her way. Tom buys her an apartment in the city where they see each other. The last part of Myrtle’s existence is one filled with pain, and her dream of gaining access to the upper class goes unfulfilled. 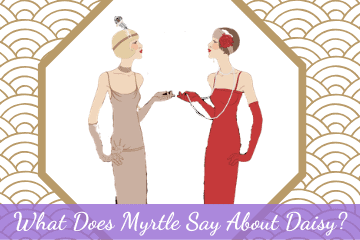 What Does Myrtle Say About Daisy?
Learn all about the relationship between Myrtle and Daisy Buchanan in The Great Gatsby. Find out what Myrtle really say about Daisy - you'll be surprised!
Gatsby Girl
Gatsby Flapper Girl