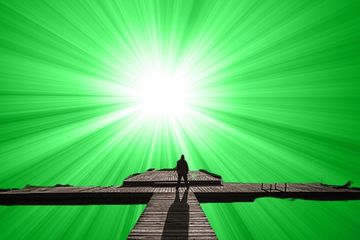 Daisy’s dock on the edge of the East Egg had a barely visible green light that Gatsby could see from his West Egg dock. In the very first chapter, Nick finds Gatsby reaching out with his arms towards that light, as if imagining that he could grab it and grab Daisy as well.

Does this light have a deeper meaning? Does the color itself mean something or was it simply the color Fitzgerald chose for his story?

Let’s consider what the color green means to many people and what Fitzgerald may have been symbolizing with a simple green dock light.

What Does the Green Light Symbolize in the Great Gatsby?

In modern literature, symbolism isn’t used nearly as much as it was in older novels. Fitzgerald clearly had other ideas in mind when he wrote about Daisy’s light at the end of her dock. He chose the color green for a reason.

It could be that the green light represents many different things. Perhaps Fitzgerald was thinking of freshness (spring) similar to Daisy’s youth, or perhaps that Gatsby is jealous that Tom was married to Daisy, and he wasn’t. It could also have reference to the Buchanan’s riches, the old money that Gatsby’s new money could never compete with.

It could be that the green light also represents Gatsby’s jealousy that Tom had the money to woo and marry Daisy, while Gatsby needed time to earn it.

What Did the Green Light Mean for Gatsby? 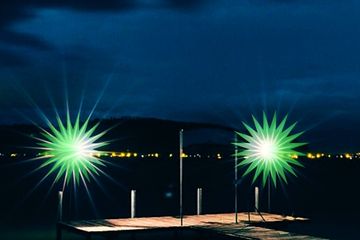 Many believe that Gatsby saw that single green light at the end of Daisy’s dock as a sign of hope. While the light was dim, he could still see it. He must have thought that if he could only reach his arms farther, just a bit farther, he would be able to touch Daisy, who had been out of his grasp.

While the green light is mentioned in the first chapter, Nick also mentions in the 8th chapter saying that, “Gatsby believed in the green light.” This light reminded Gatsby that he and Daisy shared a past, and that he had hope in their future together.

Is the Green Light a Metaphor?

Most likely, the green light represents Gatsby’s hopes and dreams. From Gatsby’s West Egg lawn, he could see the light. Knowing that it belonged to Daisy, he must have believed that his long battle to win Daisy was finally within reach.

Does the Green Light Represent the American Dream?

The green light represents hopes and dreams, and one could say that the American Dream is one of these dreams of the future. 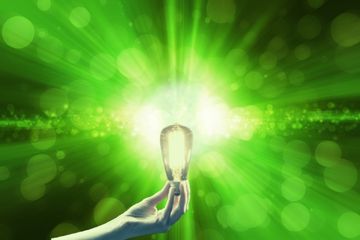 In Chapter 9, Nick compares the green light to America and how it must have appeared – fresh and green – to the new settlers of this world.

Gatsby absolutely associates it with Daisy, since it is on her property. This light is meant in real life to be a guiding light, marking the way so that sailors or boaters know that the dock is there and to avoid striking it.

Gatsby’s unwavering love for Daisy doesn’t permit him to see this light as a warning or a marker, but as a beacon, guiding him towards his dreams for the future.

What Chapter Is Gatsby’s Green Light Quote In?

In Chapter 5, Gatsby tells Daisy, “If it wasn’t for the mist we could see your home across the bay.” He adds, “You always have a green light that burns all night at the end of your dock.”

While Gatsby can clearly see the light, it’s interesting that Nick seems unable to get more than a glimpse of it. When Nick first sees Gatsby reaching out towards the light, he mentions that once Gatsby leaves the dock, he is left in “darkness.”

When you consider that this green light is a symbol of hope and/or the American Dream, it’s interesting to note that Nick does not seem enchanted by it nor can he see it without Gatsby.

Does Gatsby Lose Interest in the Green Light?

It does appear that Gatsby either loses interest in the green light that marks Daisy’s East Egg dock, or he believes that he has attained Daisy, so the light no longer has meaning for him.

Once Gatsby tells Daisy about the light, the book states that the light lost its enchanted quality.

When Gatsby is reaching towards the light, it’s as if he is trying to reach out and pull Daisy towards him. Later, when Daisy is actually standing in Gatsby’s West Egg lawn, Gatsby probably feels that he’s made another leap towards his goal and that Daisy is nearly his, so the light on Daisy’s dock becomes less important than it was before.

Summary about the Green Light 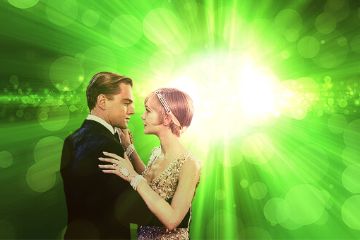 To Jay Gatsby, his dream of having Daisy by his side is imminent. The green light is a guiding light to lead him right to Daisy’s door.

Green is also the color of money, and it appears that money and Daisy are intertwined in Gatsby’s aspirations. His dream was to become rich and have Daisy, but he needed time, and Tom beat him to it. In the end, it’s not money or lack of it that is keeping them apart, but rather, Daisy’s reluctance to stand up to her husband Tom Buchanan.

While the green color represents Gatsby’s hopes and dreams, it also embodies the American Dream and the struggles that go with it. With Gatsby’s failure and death, Nick Carraway seems to imply that you can’t have everything. You can have wealth or you can have love, but you can’t have both.

Last, green represents envy or jealousy. Whether Gatsby is jealous that Tom has Daisy and he doesn’t, or that Tom was born into money and Gatsby had to work hard to earn it, the fact remains that Tom has what Gatsby does not, and he is green with envy. 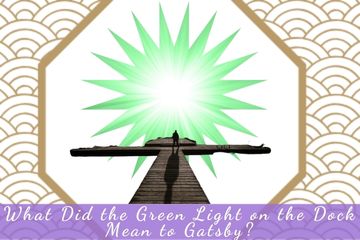 What Did the Green Light on the Dock Mean to Gatsby?
Gatsby is fixated by the green light which marks the end of Daisy’s dock. Does it have a deeper meaning? What does this green light mean in The Great Gatsby?
Gatsby Girl
Gatsby Flapper Girl